Bob Irving was comfortably settled into a corner of the visiting radio broadcast booth at McMahon Stadium in Calgary last Saturday night, just a few feet to the left of analyst Doug Brown. His Canadian Football League Facts and Figures book was visible, stuffed into the black leather folder he seems to have been lugging around since Jake Gaudaur was commissioner.

His CFL rulebook was nearby, as always, as was the iPad he used to track the live CFL stats of the Winnipeg Blue Bombers vs Stampeders game he was calling. A script of commercial breaks is in front of him, as are the two teams’ depth charts and pieces of scrap paper he has hand-written cues and notes on – all of which are scribbled out by pen the moment he has finished reading them and then often crumpled up and tossed into a nearby trash can with a follow-through that would make Steph Curry envious.

It’s no secret to anyone who has heard Bob Irving call a Blue Bombers game over his nearly 50 years at the microphone at CJOB has come to appreciate his mastery of his craft. Yet, to actually watch the man manage everything in front of him during a broadcast is to marvel at the simplicity of his genius. And on this night – his last regular season game before he heads into retirement after joining CJOB in 1973 – he called the game while occasionally being interrupted by those who stopped by the booth to offer their congratulations.

No one understands Irving’s brilliance better than those who have also called games on radio, who have come to appreciate his call much the same way they gush about a quarterback efficiently running the two-minute drill. And so with that in mind – and on a day when it is announced his name will join the legends on the club’s Ring of Honour – bluebombers.com reached out to a few radio voices to get their sense on what has made him so revered… 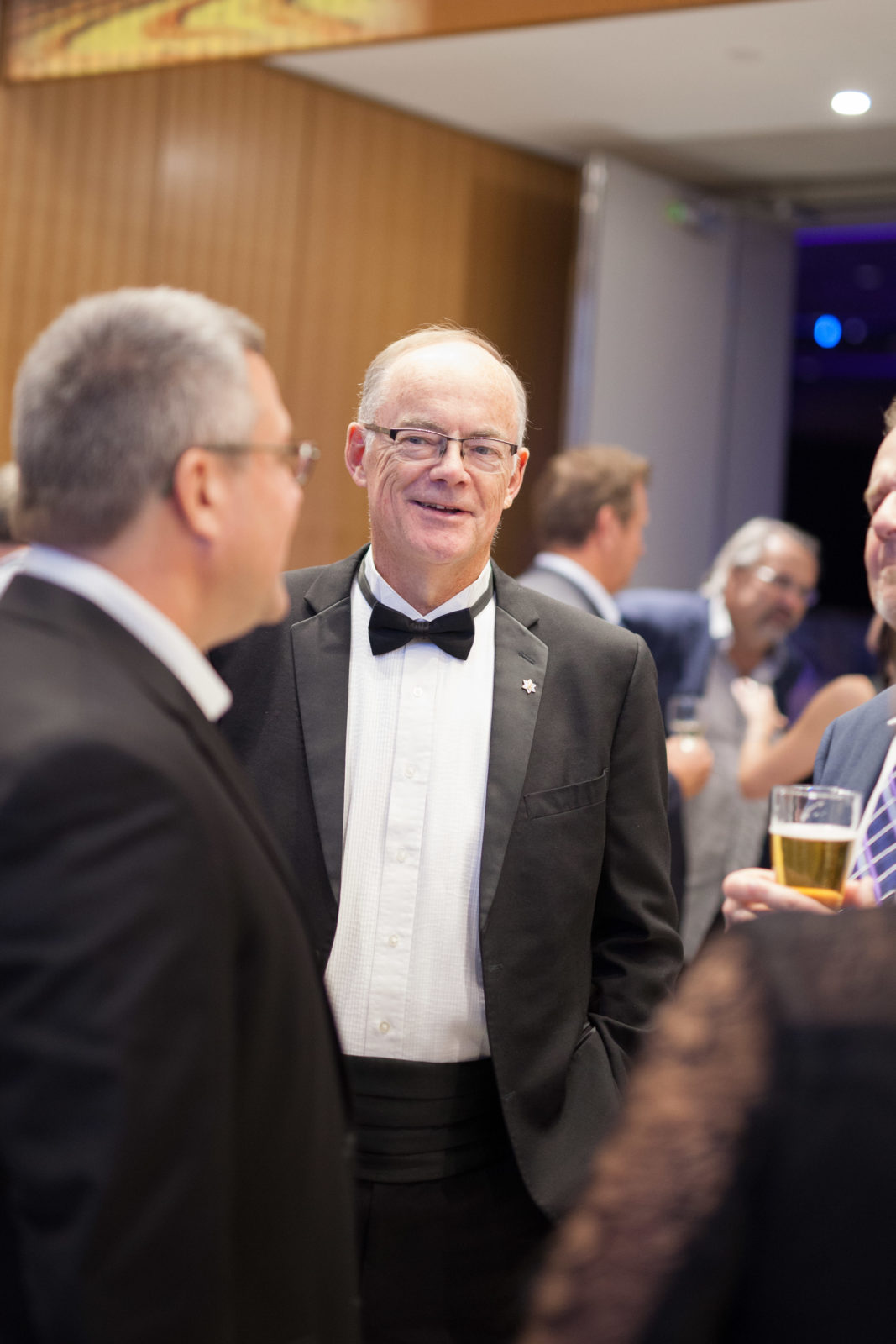 Q: What do you think it is about Bob’s work that helped stand him apart and makes him so iconic?

“The answer is easy: just listen to Knuckles do his work because that’s where his love for the game shines and carries over to his detailed description of the game he’s doing during what he calls ‘the best six hours of football anywhere’ – and rightly so. He is the broadcast guru of the CFL, and has been for years. There is none better. The broadcast is magical – a great pairing of Bob Irving and Doug Brown – doing all they can to paint a picture for their listeners in their warm, friendly, and even folksy manner. There’s no cross-talk, no yelling, no screaming, just the game and all it can be. From a long-time fan and admirer.”

Q: Bob has been covering the Bombers and doing play-by-play since the mid-1970s. What do you think is the key to his longevity?

“When Mike O’Shea assumed the coaching reins in Winnipeg one of his early themes was a focus on building for long-term success. Perhaps the head coach was inspired by the near half-century voice of the franchise – Bob Irving. What Bob has brought to the CJOB booth and to Bombers fans over a remarkable span is consistent excellence chronicling the ups and downs of the Blue Bombers since the 1970s.

As someone who is also on the back nine of a broadcasting career, my admiration for Bob’s talents and the lofty standards he has set have grown like the Bombers win totals of the current era. Bob has been the voice of reason in lean years, critical and measured when appropriate and the voice of hope and optimism throughout. He remained unflappable during those must-listen Mike Kelly Coach’s Shows and when the ball was kicked off he brought fans out of their seats with his signature calls of a Milt Stegall circus catch or an explosive Andrew Harris touchdown romp.

Like the legendary Bomber stars, from Chris Walby to Charles Roberts and Willie Jefferson, Bob’s work transcended the local market. He has been the soundtrack of football in Winnipeg and Manitoba, as reliable and consistent as an Adam Bighill tackle. But beyond Manitoba’s borders he is also recognized as the voice of Canadian football. Congratulations, Bob, on an unparalleled career.” 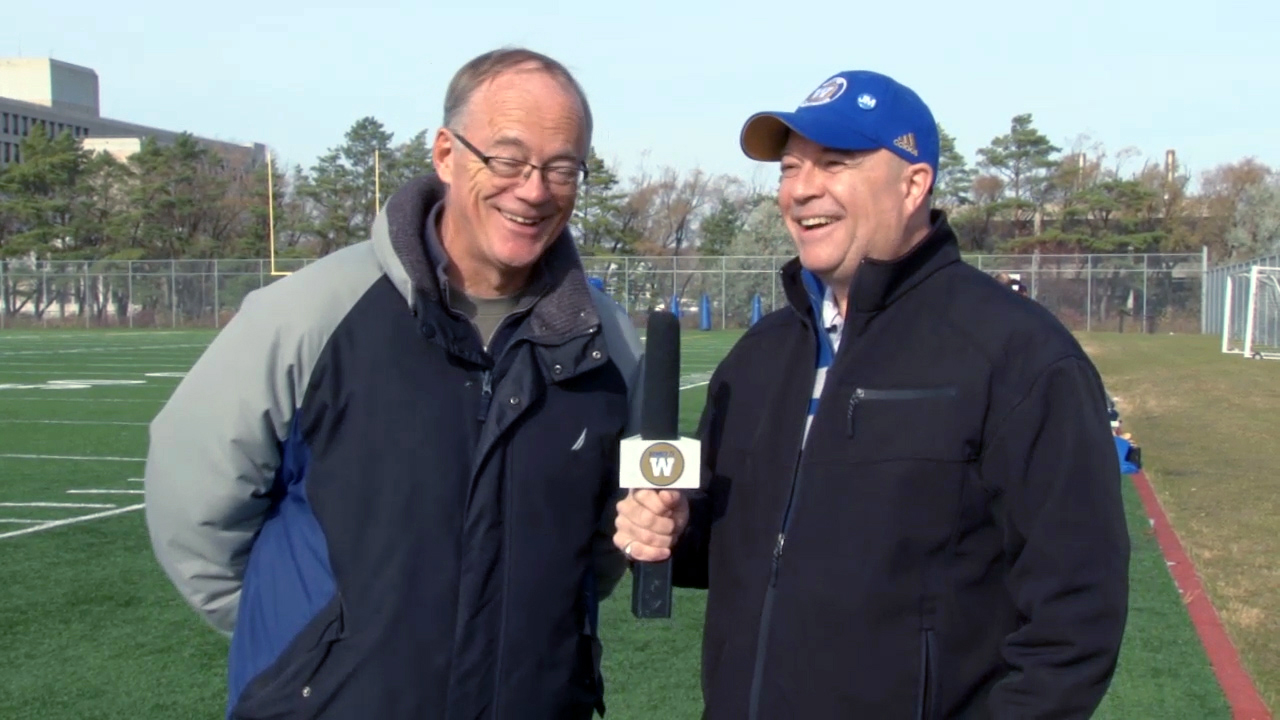 (the play-by-play voice of the Calgary Stampeders since 1996)

“His game broadcasts are very comforting and comfortable. Bob broadcasts to Winnipeg fans but doesn’t come across as such a partisan that nobody on an opposing team can’t earn his praise. He also seems in tune with the mood of Blue Bomber fans. Upbeat as required, and when things are off the rails, his broadcasts reflect that as well. It is a very inviting style, you start listening and before you know it, a whole quarter has gone by! He has left an indelible mark on the Blue Bombers and Winnipeg.”

Q: As someone who began his career and worked in this market before moving on to TSN and then to becoming the voice of the Roughriders, Is there anything you learned from Bob or while listening to him?

“I had the pleasure of spending 14 years broadcasting in Winnipeg. What I’ve always admired about bob is that he’s always in command at work – and not in the chest-puffed-out way. It’s more like that feeling you had as a young kid going on a long car ride and you knew dad was going to get you home safe. That kind of ‘in command.’

Bob maintains that command without relying on sheer volume or bombast, which would be the easy way out. he does it with level-headed observation and assessment. He strikes a great balance between fan and fair critic which makes us, as listeners, trust him more. Bob is smart, insightful and he’s fun. And he’s been a joy to listen to all these years.”

Q: Is there one particular aspect to Bob’s call or his work covering the team that stands out to you the most?

“I understand why Knuckles needs to retire. I’m not happy that he is mind you, but I totally get it. The reason I say that is simple; he never seems to be off the clock and must be exhausted by now.

Since I joined the CFL radio play-by-play fraternity in 2000, Bob has been one of the handful of guys that has reached out on occasions too numerous to count to ask questions about the Argos, the attendance situation, the broadcast set-up – all with an end goal of giving Bomber fans the best radio broadcast possible.

When Bob is in a room full of CFL reporters the room is his. He’s never the loudest person in the room, but he always casts the longest shadow. One may think that’s simply due to longevity, but there’s way more to it than that. He’s always brought the highest level of professionalism and dignity to the broadcast booth and in doing so has set a standard that we’ve all tried to attain. I hope that somehow my best broadcast was at least as good as Bob’s worst. I doubt it, but a boy can dream. We’ll miss you on the circuit my friend.” 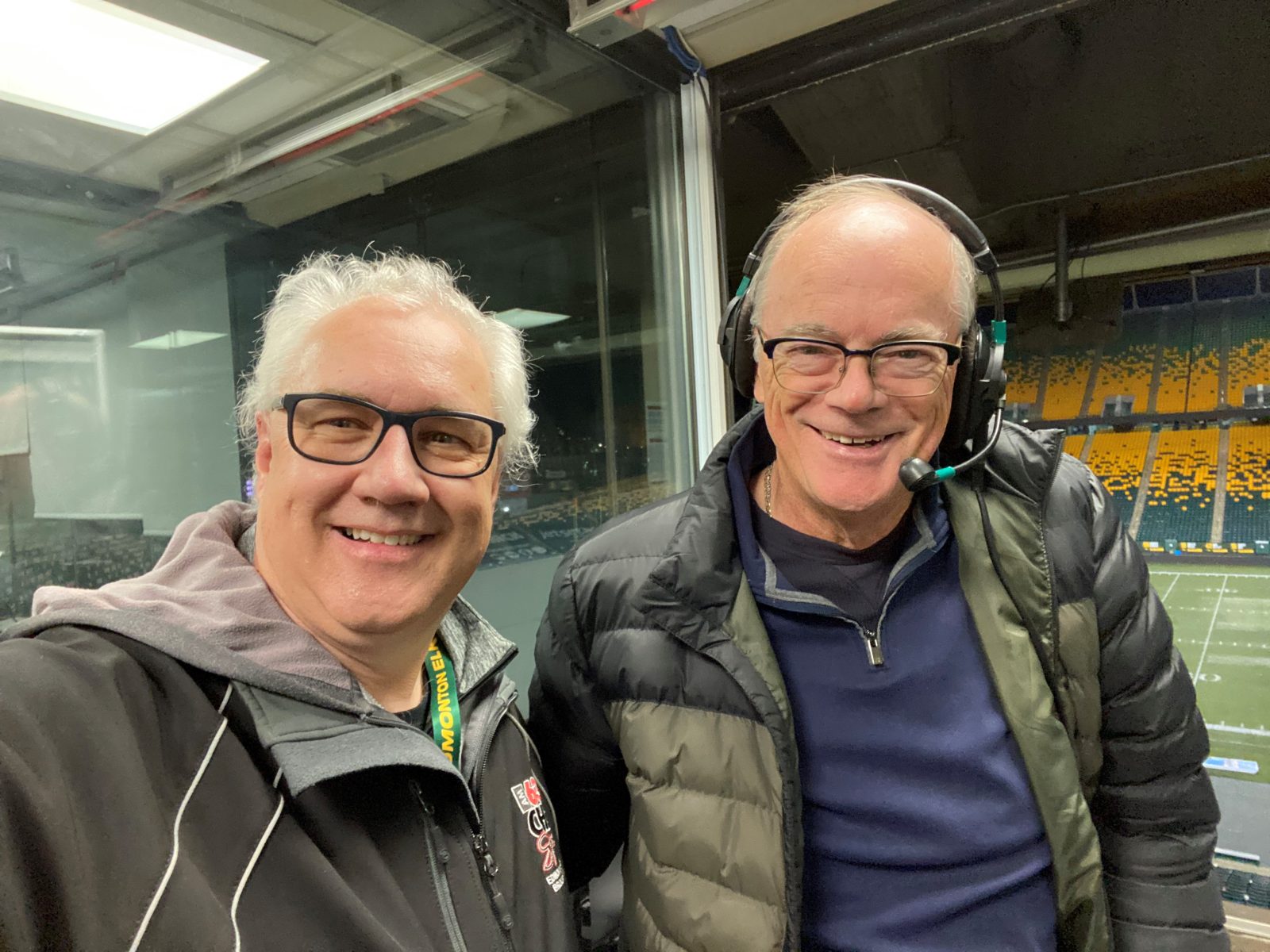 Q: As a radio/TV announcer outside of this market, have you listened to Bob’s calls and is there anything that stands out to you?

“I recently turned in a broadcast of a Bombers game and sat there listening to Bob for a while and just appreciating how different he is from the rest of us. He is unique in that he comes from a different time and I’m not calling him old, it’s just that anybody that comes out of broadcasting now seems to do things in a cookie-cutter way. I’m guilty of that as well. What has always jumped out about Bob is how he welcomes you into the broadcast for three hours and the game never feels choppy. That’s such a difficult thing to accomplish. He always makes it feel like you’re having a conversation with somebody in their living room. His call is just so smooth. It’s a really pleasurable listening experience.”

Q: What makes a great play-by-play man and how does Bob meet those characteristics?

“If you ask fans what makes a good play-by-play man the answers will likely be varied because enjoying the work of a play-by-play broadcaster is often very subjective. Entertaining, informative, descriptive, longevity, trustworthy, the sound of a voice – every fan has an idea of what makes a play-caller stand out to them. And chances are whatever those qualities are Bob Irving has them.

I first heard Bob calling games in the 70’s when I lived in Winnipeg. It was then that I thought how cool it would be to have a job like that – to be like Bob. Flash forward all these years and I am blessed to have a job like that. Like everyone else who has the privilege to call Canadian Football League games on the radio,  Bob is the standard and the closer I can get to his level the better I will be.

When I began broadcasting CFL games in 2010 one of the highlights for me was getting to meet and getting to know Bob. Sometimes meeting our heroes doesn’t turn out as well as we hope. Not in this case. You see, it turns out that Bob Irving is as good a guy as he is a broadcaster. Trips to Winnipeg and Bomber trips to Edmonton won’t be the same.”

(10651)
$14.57 (as of January 21, 2022 10:32 GMT -06:00 - More infoProduct prices and availability are accurate as of the date/time indicated and are subject to change. Any price and availability information displayed on [relevant Amazon Site(s), as applicable] at the time of purchase will apply to the purchase of this product.)

(1502)
$11.98 (as of January 21, 2022 10:32 GMT -06:00 - More infoProduct prices and availability are accurate as of the date/time indicated and are subject to change. Any price and availability information displayed on [relevant Amazon Site(s), as applicable] at the time of purchase will apply to the purchase of this product.)

(15)
$42.89 (as of January 21, 2022 10:32 GMT -06:00 - More infoProduct prices and availability are accurate as of the date/time indicated and are subject to change. Any price and availability information displayed on [relevant Amazon Site(s), as applicable] at the time of purchase will apply to the purchase of this product.)

$10.99 (as of January 21, 2022 10:32 GMT -06:00 - More infoProduct prices and availability are accurate as of the date/time indicated and are subject to change. Any price and availability information displayed on [relevant Amazon Site(s), as applicable] at the time of purchase will apply to the purchase of this product.)

(15852)
$23.99 (as of January 21, 2022 10:32 GMT -06:00 - More infoProduct prices and availability are accurate as of the date/time indicated and are subject to change. Any price and availability information displayed on [relevant Amazon Site(s), as applicable] at the time of purchase will apply to the purchase of this product.)