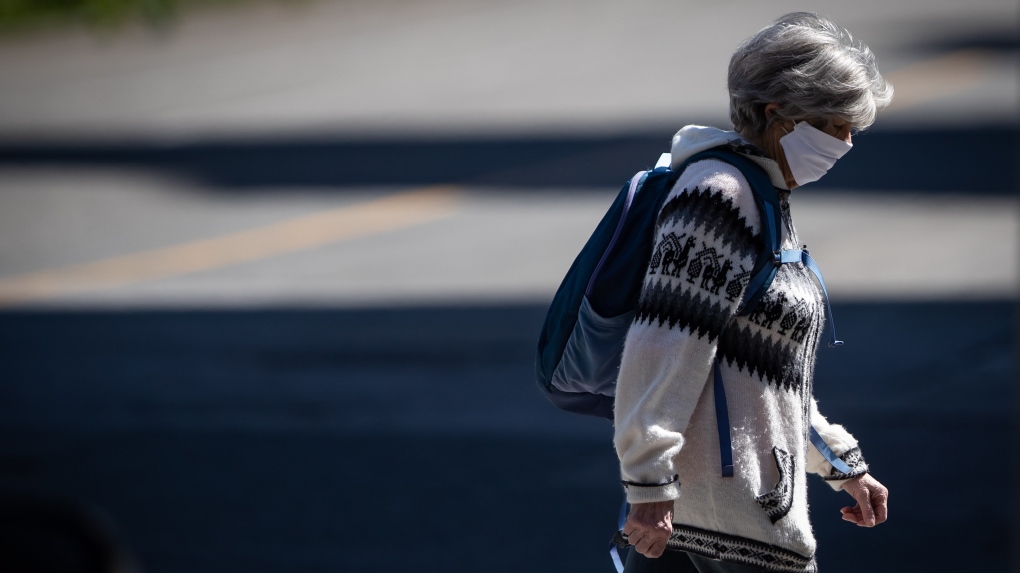 Over the course of 2022, provinces and territories dropped mask mandates as populations received multiple doses of vaccines targeting the illness, cases declined and Canada largely lifted health restrictions, as did many Western nations.

But now, nearly three years into the pandemic, infectious disease experts and those who work on the frontlines of the health-care system are urging Canadians to don masks again as hospitals grapple with a tidal wave of multiple illnesses, including COVID-19.

Cases of RSV have spiked abnormally this fall and are packing hospital emergency rooms with sick children, health-care workers report, as a shortage of children’s medication is worrying parents. Simultaneously, Canada is now officially in a flu epidemic, according to the federal public health agency, and there is increased concern from officials and public health experts about how new variants of COVID-19 could impact the population as the public heads indoors due to the cold weather.

“Although no individual layer of protection is perfect, when used consistently and together, vaccine plus layers can provide excellent protection against COVID-19 as well as other infectious diseases we may encounter,” said Tam at a press conference Nov. 10.

As well, only half of Canadians have received a booster dose of the COVID-19 vaccine, according to federal government data from Nov. 6.

But several jurisdictions have stopped short of issuing a mask mandate, instead opting to recommend masks are worn.

The absence of new mandates comes as a recent survey by NANOS research showed that seven in 10 Canadians would support the return of face masks to some extent. Fifty-two per cent said they’d support mandates.

Here’s what the provinces and territories are doing around masks.

Health officials in B.C. say they are not bringing back a mask mandate at this time.

The Ministry of Health told CTV News Vancouver on Tuesday that through COVID-19 infection and vaccination, there is a high amount of population immunity.

The province’s health officer, Dr. Bonnie Henry, told reporters at a press conference Wednesday that the “heavy hand” of a mandate is not currently needed to send the message that masks are an “important tool” that can be used in every respiratory season.

“We should have one with us, we should use it in situations where it makes sense,” she said.

B.C. officials also said that the cases of RSV in Ontario are “more serious” than in B.C. and about a quarter of capacity was available in B.C. hospitals for pediatric ICU beds as of this week.

Getting children vaccinated is currently what’s needed the most, the ministry told CTV News Vancouver.

In Alberta, premier Danielle Smith told reporters Monday that masking is a personal choice and those who want to wear one, can. Her message comes as the province, particularly schools, are battling influenza, RSV and COVID-19.

She said the government is focused on acquiring more children’s pain medication and ensuring hospitals can meet demand.

On Monday, Saskatchewan Health Minister Paul Merriman told reporters that mask mandates have not been a discussion with the province’s chief medical officer of health, Dr. Saqib Shahab.

Merriman said it’s an individual’s choice whether they’d like to wear one. At the same press conference, Shahab said requiring masks in schools “probably is not a feasible thing at this point” and “may not be helpful.”

Manitoba premier Heather Stefanson said at a press conference on Nov. 10 the province has no plans to reinstate a mask mandate.

However, she did encourage those “under the weather” to “protect others” and health-care workers. She did not specify what that protection would entail.

CTV News Winnipeg reports that the province is seeing increased hospital admissions, especially among children, for RSV and other illnesses.

Hospitals in the province have reported they are dealing with an overwhelming number of sick children and pediatric ICU units are operating above capacity, according to The Canadian Press.

Influenza and RSV are driving the admissions and the wave of infections has arrived earlier in the fall season than in previous years prior to the pandemic.

Moore said the “difficult and complex” fall that was predicted has come to fruition and that COVID-19, influenza and RSV are circulating and Ontario must “use all layers of protection we have.”

However, Moore said he was not introducing a mask mandate as it hasn’t worked in social settings in the past and the announcement he’s made about recommendations is in an effort to get the public “back to basics” when it comes to infection prevention.

“This is protecting our children and those that are the youngest among us. Please parents, grandparents, siblings: If you have any respiratory symptoms, you must mask around those that are vulnerable,” he said.

But Moore said if the pressure on the health-care system continues to increase, a mask mandate would be the “furthest” the province goes when it comes to health restrictions.

The health ministry is currently discussing mask mandates in schools as a possible measure, he said.

Ontario Premier Doug Ford also urged the public to wear a mask the day before Moore’s announcement, but did not issue a mandate.

In a move similar to Ontario, Quebec’s Health Minister Christian Dube said at a press conference Wednesday that he strongly recommended the public wear masks amid a “spicy cocktail” of viruses that are impacting hospitals, which include COVID-19, RSV and influenza.

He also recommended handwashing, and that the public stay home if they are sick.

Quebec’s Premier François Legault also said in a press scrum Tuesday that he recommends residents wear a mask in public settings, but added that it was up to an individual’s preferences.

New Brunswick has not reissued a mask mandate. CTV News Atlantic interviewed several Maritime residents who had mixed opinions on whether a mandate would be welcomed or not.

But while many said they’d be sad to see masks worn again, they would wear one if they needed to in order to protect others.

CTV News Atlantic reached out to the Department of Health in New Brunswick regarding mandates on Monday and was told that if the “situation changes public health will determine a new approach.”

Nova Scotia has not announced any mask mandates since public health requirements around wearing masks ended in July.

CTV News Atlantic contacted Chief Medical Officer of Health Dr. Robert Strang’s office on Monday regarding mandates and their request for an interview was declined.

In an emailed statement, the office said: “Public health continues to assess recommendations and will inform Nova Scotians if any changes are made”

In an emailed statement to CTVNews.ca on Thursday, the province said PEI is experiencing an increase in respiratory illnesses, like other provinces.

“The mask mandate remains in place for hospitals, and long-term care and community care homes in PEI. At this time, there is no public mask mandate in place,” said Morgan Martin, a senior communications officer for the province’s department of health and wellness.

Fitzgerald said she recommends masks be worn in places that are deemed higher risk for COVID-19 and other illness spread.

Recommendations “may become stronger as time goes on” and the government is continuing to monitor the situation and will make decisions based on the evidence, she said.

Newfoundland and Labrador are not seeing the same surges in illness as other provinces, she added.

Yukon has made no moves toward re-issuing a mask mandate. The territory removed most health measures in March 2022 and removed mask mandates in schools on May 24.

According to the territory’s website, masking remains a recommendation. The territory dropped its Public Health Orders on April 1, 2022.

Nunavut has not announced they are implementing a mask mandate and the territory lifted restrictions around masks in July.

However, masks are still required in community health centres, Elders’ facilities and in the Qikiqtani General Hospitaland Akausisarvik that requires patients and staff to wear masks.

(12037)
$21.12 (as of December 7, 2022 10:28 GMT -06:00 - More infoProduct prices and availability are accurate as of the date/time indicated and are subject to change. Any price and availability information displayed on [relevant Amazon Site(s), as applicable] at the time of purchase will apply to the purchase of this product.)

(17458)
$16.95 (as of December 7, 2022 10:28 GMT -06:00 - More infoProduct prices and availability are accurate as of the date/time indicated and are subject to change. Any price and availability information displayed on [relevant Amazon Site(s), as applicable] at the time of purchase will apply to the purchase of this product.)

(4635)
$3.47 (as of December 7, 2022 10:28 GMT -06:00 - More infoProduct prices and availability are accurate as of the date/time indicated and are subject to change. Any price and availability information displayed on [relevant Amazon Site(s), as applicable] at the time of purchase will apply to the purchase of this product.)