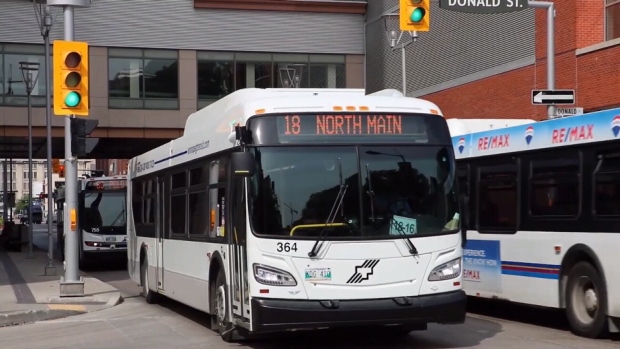 WINNIPEG — Winnipeg City Council could soon study the pros and cons of dropping bus fare to $1 for everyone.

Coun. Vivian Santos previously tried to sway city council to study a $1 bus fare, after bringing the idea up in February, but to no avail.

She has made some tweaks to the proposal and the mayor’s inner circle is showing some interest to at least look at the idea.

Anthony Laquette is someone who takes city transit regularly and said it can be costly, as he estimates it costs him between $100 and $150 a month.

“It shouldn’t be such a hassle if you need to go to work, to pay your bills, to go to an appointment,” he said.

Santos’s new proposal would see a gradual drop in price every year until it hit the $1 amount to avoid an economic shock to city council.

“You remove that economic barrier for everybody,” said Santos.

Transit riders currently pay $3.05 and the plan from Santos would see a 25-cent decrease every year starting in 2023.

Santos said the $1 fare would help lower-income people and it would boost ridership.

“For people who have vehicles in their homes it gives them an option to hop on a bus and go to an event or go to a restaurant.”

The proposal to examine the budget and ridership implications of a one-dollar fare was part of the debate over the city’s transit master plan.

The Mayor’s Executive Policy Committee voted for the bus blueprint along with the motion.

“You know, I don’t think there is any harm in getting that data so we can make an informed decision,” said Mayor Brian Bowman.

Transit currently relies on fare revenue. Before the pandemic, bus fares brought in around $87 million annually.

“The question I would be scrutinizing is how much more would it cost property taxpayers in addition to $104 million.”

Laquette thinks the lower bus fare would be more beneficial in the end.

“I think that’s amazing. It would help a lot of families,” said Laquette.

The Executive Policy Committee is asking for a report back in three months, while Santos asked for an entire year.