WINNIPEG — A group of Winnipeg firefighters ended up rescuing and comforting a fawn that had become trapped in the St. James area.

On Tuesday, a concerned citizen called the Winnipeg Fire Paramedic Service about a fawn whose leg was caught in a grate behind the Safeway on Madison Street near Polo Park.

The firefighters freed the fawn, treated and bandaged its injured leg. 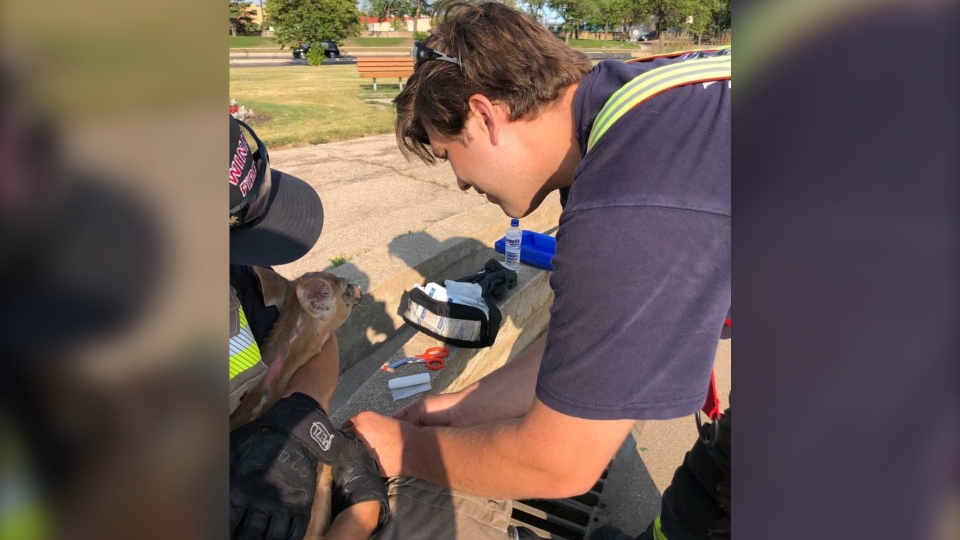 A bystander captured some photos – later shared on Twitter by the United Firefighters of Winnipeg – of the firefighters comforting the small deer until animal services came to take it to a safer location. 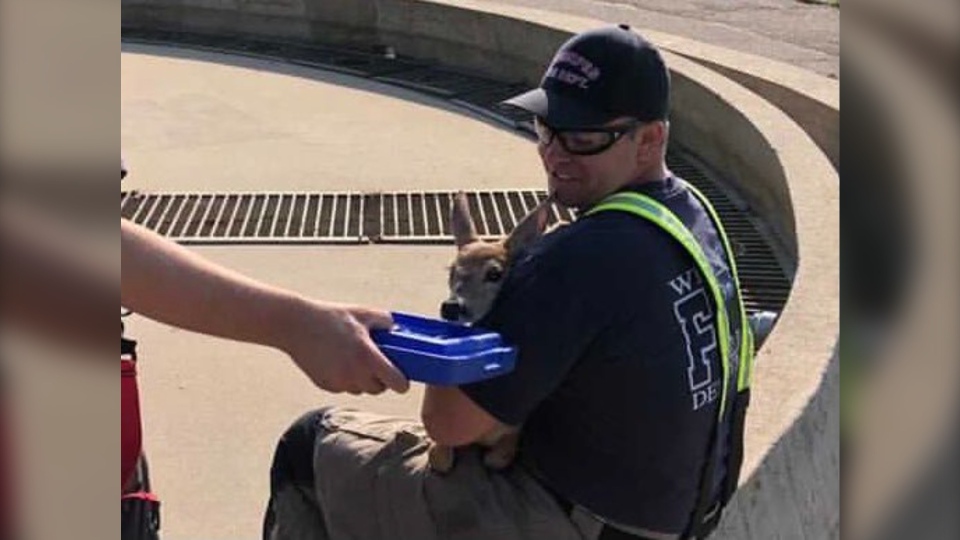