Winnipeg musician Ariel Posen was voted as one of the top guitarists in the world by readers of Music Radar. (Sarah Petz/CBC )

Local musician Ariel Posen has been named among the likes of Tom Morello, Slash and The Black Keys’ Dan Auerbach as one of the best guitar players in the world.

Every year, website Music Radar, which describes itself as “the number 1 website for music makers of all kinds,” asks readers to vote for their favourite guitar players.

Posen, who has toured with the Bros. Landreth and as a solo artist, was one of the top ten for 2019.

While he’s not really into “best of” lists, Posen said it meant a lot to be recognized by fans.

“It means some people are rallying behind what’s happening here and that’s what I take back with me,” he said.

Born in Winnipeg, Posen spent much of his childhood on the road with his musician parents, Kinzey Posen and Shayla Fink. He said he went to his first music festival as an infant and started playing guitar when he was nine years old.

“My whole childhood was we would go see these shows and I just didn’t know any different,” he said.

“It was just what we did, and whether I liked it or not, subconsciously it just became … I guess that’s what I should do.”

Living in Winnipeg has “shaped me in every way possible,” he said.

“And you know if I lived in Vancouver or Moncton it would be the same thing. Just the people that you grow up spending your time around, on stage, off stage, they really have a big effect on you as a person, you as a musician,” he said.

“And that’s the coolest thing is that it’s different from any city, and I’m glad that I ended up in Winnipeg, because there’s a lot of rich talent here and it’s a wonderful scene.”

Outside of his work with the Bros. Landreth and as a guitarist and producer for other acts, Posen released his solo debut album How Long earlier this year. 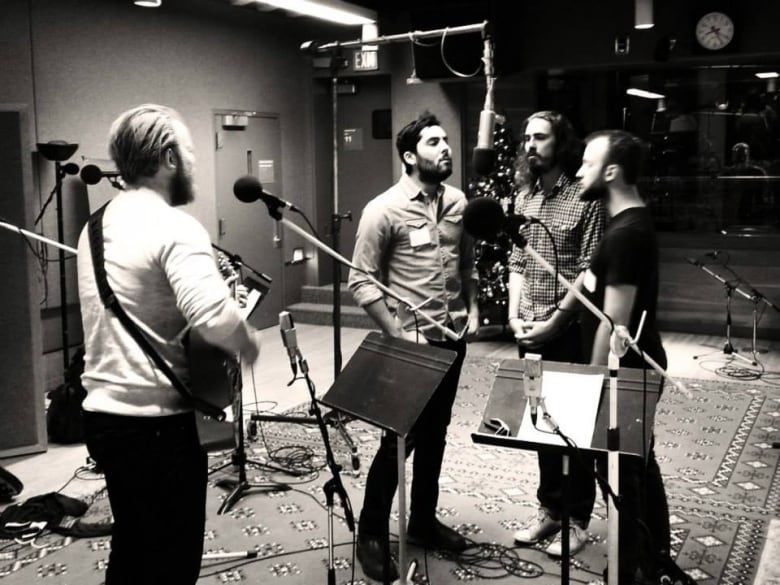 The Bros. Landreth perform during the Harvesting Hope broadcast on CBC Radio One. (CBC)

Branching out on his own was nerve-wracking, but he said he’s getting more comfortable being on his own.

He’s back in the studio now, working on a project slated for the new year.

“We’re just having fun and just having a blast, just trying to create and not take anything too seriously,” he said.

Posen just wrapped up a cross Canadian tour last month, and is headed overseas to tour the U.K. and Sweden in the next two months.