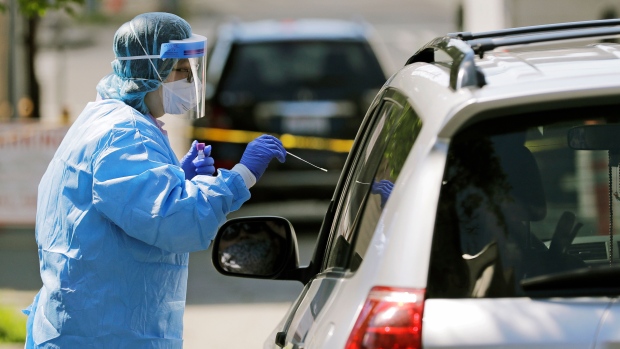 WINNIPEG — Another death has been linked to the B.1.1.7 variant in Manitoba.

In a bulletin on Tuesday, the province reported the death of a man in his 70s from Winnipeg. So far in the pandemic, there have been 36 deaths linked to variants of concern.

This most recent death brings the total number of deaths related to COVID-19 in Manitoba to 1,012.

Along with this death, the province reported 335 new cases, and a five-day test positivity rate of 13 per cent provincially.

The new cases bring Manitoba’s total number of cases reported in the pandemic to 45,913, which includes 4,543 active cases and 40,358 recoveries. One case was removed from the total due to a data correction.

Since Saturday, the province has reported 833 new variant of concern cases. Variant data is updated Tuesday through to Saturday.

In total, the province has 6,970 variant of concern cases, which includes 2,530 cases that are considered active.

There were 326 new cases of the B.1.1.7. variant identified since Saturday, bringing the total number of cases to 3,384.

The P1 variant accounts for 63 cases, and saw an increase of six cases over the past two days. There were no new cases of the B.1.351 variant reported. There are 3,495 unspecified variant cases.