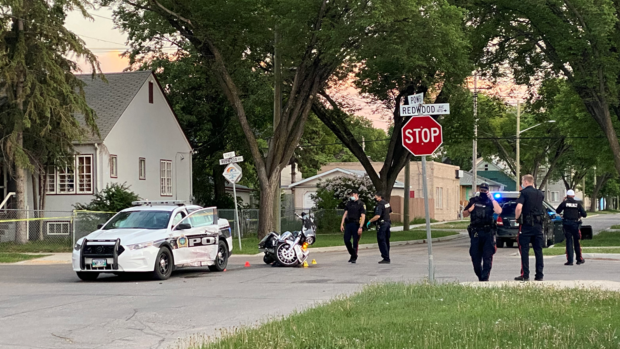 The crash happened at Redwood Avenue and Powers Street. A police cruiser and a motorcycle could be seen in the middle of the intersection shortly after 9 p.m.

Both vehicles appear to have sustained significant damage. Officers could be seen placing evidence markers around the intersection.

Police told CTV News an officer was injured as a result of the collision. Police were not able to confirm the condition of the motorcyclist, but did say everyone is expected to recover.

The cause of the collision is under investigation.

-With files from CTV’s Renée Rodgers.