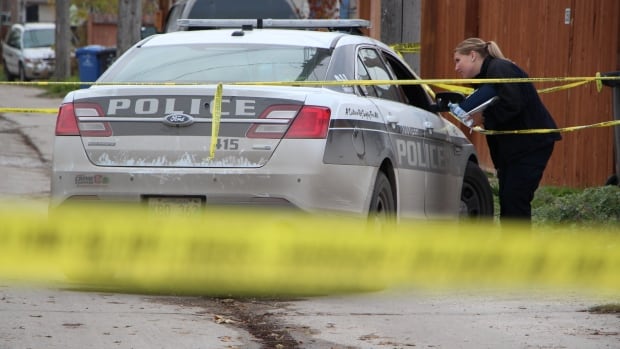 Changes are coming to Winnipeg’s police service in order to deal with the rash of violence and homicides.

Police Chief Danny Smyth will address the media today at 11:30 a.m. to discuss the situation in the city and reveal operational adjustments to combat the violence.

CBC News will broadcast the news conference live on the website.

Winnipeg has had 40 homicides this year, just two away from establishing a new record. Eleven of those deaths have happened in the past 30 days, leaving police straining to deal with it all.

“This is unprecedented for us as a police service, as a city,” spokesperson Const. Rob Carver said on Tuesday.

“We are pulling in all sorts of resources in all sorts of areas. Everyone is feeling this … from [communication] centre staff to general patrol to investigators to forensic services.

“Everybody has their shoulders to the wheel and doing what they need to do.”