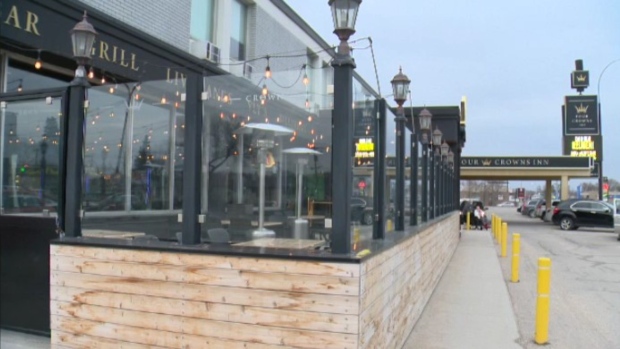 A Winnipeg restaurant owner is stepping up to help others in the food service industry by offering to buy inventory from food court restaurants, which are being forced to shut down as part of public health orders.

On Monday, the Manitoba government announced new public health restrictions, which include closing food courts in malls beginning on Wednesday.

Now, Four Crowns Restaurant and Hotel, is offering to help out and buy food from those restaurants.

“As soon as I heard that [food courts have to close down], I thought ‘Well, what are they going to do with all their stuff?’ I’m sure they wouldn’t mind somebody taking that inventory off their hands and paying them a fair price for it,” said Ravi Remberran, owner of Four Crowns Restaurant.

Remberran says its an offer he wishes someone would have given him during the first shutdown.

“We’re going to use the stuff, may as well pay them a fair price for it and get it off their hands, instead of having it go bad,” Remberran said, adding that he’s happy to help others and purchase what he can.

“We’ll use what we can,” Remberran said. “[But] I can’t afford to go and buy everybody’s food.”

He said he has two restaurants, as well as other friends in the industry who would be happy to purchase some of this inventory.

Remberran said he’ll also introduce the food court restaurants to the Leftovers Foundation, which takes edible food waste and provides it to those who need it.

“They’re great, they’re awesome,” he said. “They will literally take whatever food you can’t use and cook up packages, put together plates and take those packages to people that can’t afford food.”