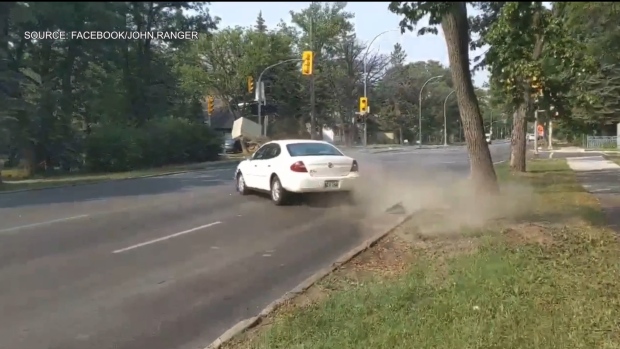 WINNIPEG — A woman has been charged in connection with a video showing a car hitting a red light camera.

In a video posted to Facebook Saturday, a white Buick is seen hitting a radar camera on what is allegedly Jubilee Avenue.

Police said no one was injured in the incident.

As of Monday afternoon, the video had almost 400 shares.